Phil's BlogHis ramblings about anything and everything

I'm often reading the news and presenting the OxReport in the afternoons on BBC Radio Oxford.

I'm also going to be hosting the cookery stage on Saturday 2nd October at this years Didcot Food Festival.  Maybe see you there.

It's been really hot recently.  Unseasonably.  And it's summer.

For the last week we have had temperatures in the 30's.  That is something we normally only get once a year or so, and certainly not for any more than a day at a time.

I'm currently recuperating after an operating on my knee, so unable to do much to stay cool beside become one with the sofa while having all the windows open.

A couple of interesting things have happened.

1.   A new nighttime visitor in the garden.

For the last few nights just as the sun goes down, there has been a Meep coming from the garden.  At first I thought we had a battery going flat in a smoke detector or something.  It sounds a lot like the beep you get when you are at the self scan in the supermarket.  It wasn't anything inside the house, so I thought it must have been a bird.  We get to hear a lot of interesting wildlife in the woods out the back of the house so I chalked it up to something like that.

Two nights later and it is still meeping it's way in to the night.  So I turn to twitter to solve it:

Okay twitchers and nature lovers of twitter. What is this meep that is hounding me at night through the bedroom wind pic.twitter.com/xkKhUZnhni

The answer... A Midwife Toad.  Thanks to Mike.  He even sent me a link to a full briefing about it. Click here.

All that heat had to end at some point, and boy did it.  Last night was a glorious few hours of thunderstorm after thunderstorm.  It was spectacular and enough to stop all sleep.  I ended up having to get up to check and see if any of the rain was getting in.  It's wonderful to be in the middle of a storm like that, especially when you are safe in doors.  Still it's nothing compared to my memories of the 1987 storm though.  That was a real doozy. 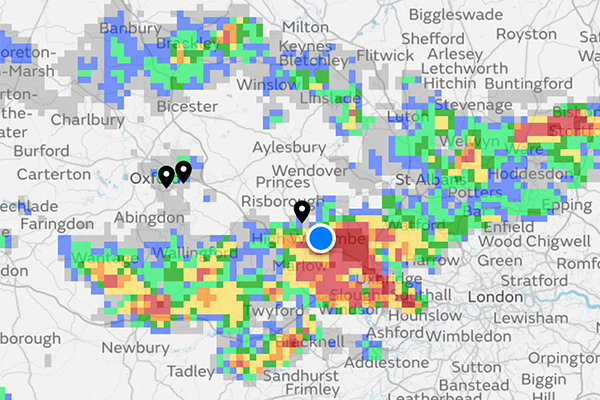 I always like a challenge and often think I know enough to be getting bits done.

Never one to underestimate my own ability I'm currently 'having a go' at redesigning this website.  I probably could have picked an easier way, but I'd heard about Joomla and how easy it is to use.  So off I trotted and downloaded templates and software and started to have a go.  I am rather out of my depth it turns out, so this is taking much longer.  I think I have tried to rework this site three times now... deleted it once, scrapped it the second time, lets see if three times is the charm!

Just be patient with me and expect to find lots of dead end "Myriad template' dead ends.  I'll get there in the end!

We have 27 guests and no members online